Scroll down to read the latest news from The South Bahamas Conference. Remember to check back weekly for updates.

Photos from the past

Note:  This web page is still developing.  More information on each photo and more photos will be added.

THE FIRST ADVENTIST CHURCH STRUCTURE ON SHIRLEY STREET, NEW PROVIDENCE.  A WOODEN BUILDING WAS FIRST CONSTRUCTED BEFORE THIS CONCRETE ONE WHICH STILL STANDS TODAY, BUT IT IS NO LONGER OWNED BY THE ADVENTIST CHURCH. 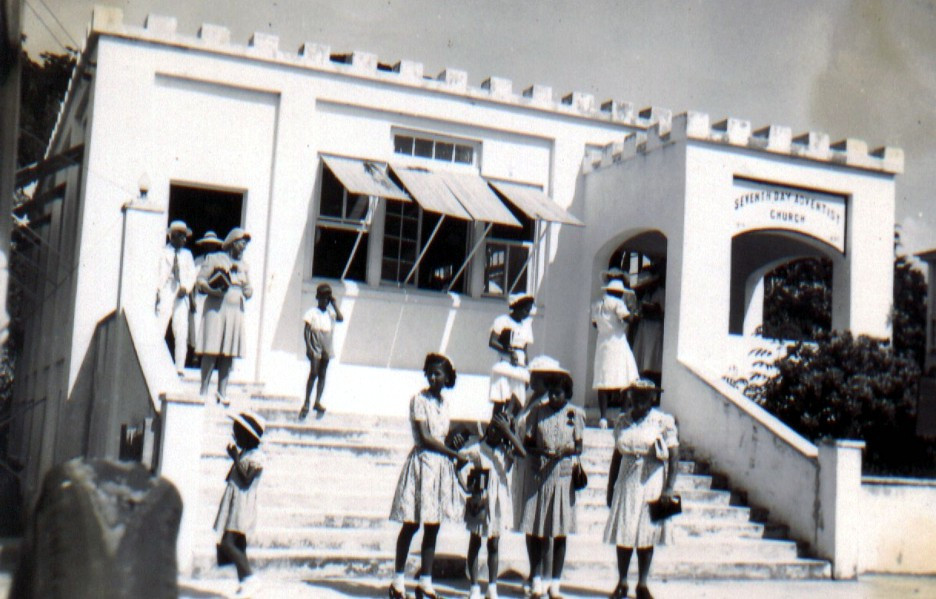 Note that the first worship services by Adventists were held in the home of the first family baptized as Adventists in The Bahamas--William Charles and Mary Catherine Antonio.  The location of the Antonio's home where the first worship services were held is on Hospital Lane, one block West of Government House, off West Hill Street. This went on for a few years until 1909 when Pastor W. A. Sweaney, the first Adventist ordained minister in The Bahamas came to The Bahamas.  He conducted a series in the Old Fellows Building on Meeting Street where they also worship for a short while.

Note that the first family to be baptized in The Bahamas, William Charles Antonio, a shoemaker and his wife, Mary Catherine Antonio, had four children.  One of whom became and outstanding Bible Worker who was instrumental in raising up several Adventist Churches.  She married Elijah Wood and they had four children: Helen Wood, Floy Rollins, Madge Guillaume, and Masie Grant.  Study the history below.

The Missionary Presidents. These presidents were sent to The Bahamas from the General Conference to serve in The Bahamas.