Note that it is only in the King James Version of the Bible that the word "virtuous" is used in Proverbs to describe women. In fact some translations say "Who can find a good wife?" A better word, as used in more accurate modern translations, is the word "noble." The word "virtuous" gives us the idea that the passage may be dealing mostly with the sexual behavior of women. This is not so. When we examine the passage we can understand why the word noble is used. The word noble forces us to think about women differently. The Hebrew word "Hayil" translated "noble" in Proverbs 31:10 has various shades of meaning. They are "capability," "skill," "substance," "valor." In fact, it is usually used to describe military might in the Old Testament (Exodus 14:4, 9, 28; Numbers 31:14; 2 Samuels 8:9; Isaiah 10:14; Micah 4:13). Interestingly, another common usage of the Hebrew word "Hayil" is "force" and "strength." It is usually used to describe the strength of mind and body of an individual. We see this in Ruth 3:11 when Boaz speaks to

Ruth. He says "I know you are of noble character." (NIV) A clear interpretation would be "I know you are one of strength in mind and body." What a beautiful way to describe a woman. Even the Greek equivalent "Aret’," as found in Philippians 3:11, gives one the idea of "force" and "strength."  This passage lists the things that help to build mind and body. "Whatever is true, noble, right, admirable . . . . if there be any virtue, and if there be any praise, think on these things." (KJV) A clear interpretation of the passage would be " . . . . if there is anything to strengthen mind and body, think on these things."

DESCRIPTION OF A NOBLE WOMAN
With this clarification, let us see how the writer of Proverbs 31 describes a "woman of skill and strength." The husband fully "leans" on her or fully trusts her. Not only does the man’s wife make clothing and buy food, she also engages in real estate transactions, viniculture business, and cottage industry. Both the husband and the children of this woman praise her for her industriousness. Her earning power allows her husband to be "known in the city gates and take his seat among the elders of the land" (verse 23). Here are three outstanding roles of this noble woman described in Proverbs 31:16, 26 and 27: "She considers a field and buys it . . ." "She speaks wisdom . . ." "She watches over the affairs of her household." I specifically mentioned these points because these are exactly what women in the Apostle Paul’s times could not do. These are also a few of the things Bahamian women legally could not do less than sixty years ago, and are still not allowed to do in some countries today." 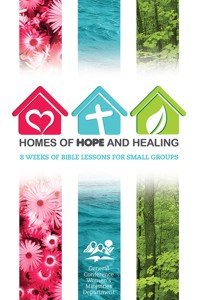